London is the capital city of England and the United Kingdom and it is also the most populated city in Great Britain with over 13 million inhabitants.

London contains four World Heritage Sites: the Tower of London, Kew Gardens; the site comprising the Palace of Westminster, Westminster Abbey, St Margaret’s Church and the historic settlement of Greenwich (in which the Royal Observatory, Greenwich marks the Prime Meridian, 0° longitude, and GMT). 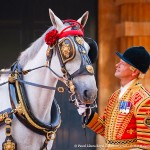 The London Underground is the oldest underground railway network in the world.

London has a wealth of options for lovers of luxury, from five-star hotels and Michelin-starred restaurants to celebrity hangouts and high-end shopping. London is one of the worlds most visited cities and has something for everyone; from history to culture, art to architecture.