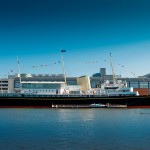 In Edinburgh the magnificent architecture shifts from narrow closes of its medieval Old Town to the grace and geometric precision of the Georgian New Town. Above it all, in its towering splendour, stands the Castle. 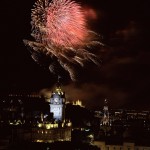 The first stop on your full day tour of Edinburgh will be Edinburgh Castle which dominates Scotland’s capital city from its great rock. Depart the Castle onto the Royal Mile, Edinburgh’s main thoroughfare. Along the Mile you will see historical sites such as St Giles’ Cathedral, the impressive and ultra-modern Scottish Parliament building, and you can even go deep beneath the Royal Mile to the hidden Mary King’s Close. Visit the Palace of Holyroodhouse, the official residence in Scotland of Her Majesty the Queen. The final stop on your tour will be at one of the World’s most famous ships, the Royal Yacht Britannia which played host to some of the world’s most famous people and home for the British Royal Family for over 40 years. Follow in the footsteps of Royalty and explore this floating Royal residence and its five decks before returning back to your hotel.